On the Road: Manhattan, Kansas to Hannibal, Missouri (Summer 2009) 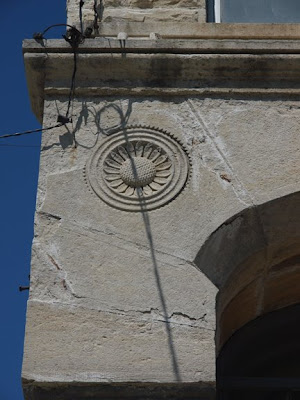 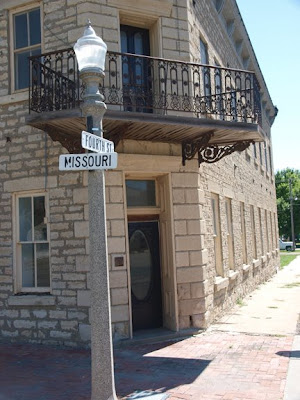 I left Manhattan, Kansas late in the morning and headed for Kansas City (I learned that Manhattan was founded by abolitionists from the East Coast--hence the name). The scenery on the interstate was not much to look at. Got off a couple of times to look around, once at Alma, which was a tiny town, interesting for its old stone buildings made from the local limestone. Later I stopped at a winery, that turned out to be making mostly elderberry wine. I searched in vain for a place making vinifera (true wine grape) wines from locally grown grapes.

I went through Topeka, to Kansas City. I wanted to see the Nelson-Atkins Museum in Kansas City, but it was closed. My father remembers this museum from his youth, as it is right around the corner from the high school he attended, Rockport High School, which I had a quick look at. Decided to move on to St. Louis but then reconsidered and diverted north to Hannibal by way of Highways 54, 19, and 61.

A big chunk of work has just come in, so I may stay here in Hannibal a second night, as I will have to do this and get it off to Tokyo as my top priority for tomorrow. When I can, I will head down the Mississippi on Highway 79 to St. Louis before heading further east.
Posted by Colin Talcroft at 11:18 PM