On the Road: Yellow Springs Ohio 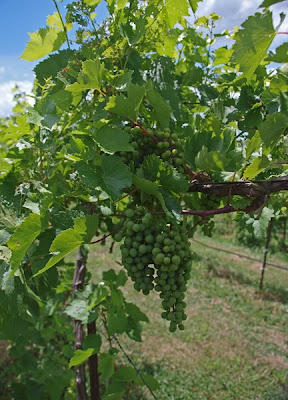 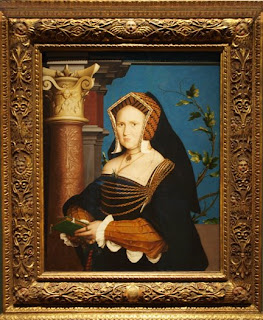 I've been busy with work as I travel, so haven't been able to write much. That and a very long drive from St. Louis to Covington, Kentucky left me very tired. I finally feel like I've caught up on sleep a bit now. In Ohio, I'll be traveling much shorter distances before heading west again.

After my stay in Washington, Missouri, I headed out to see if I could taste a little Missouri wine. I went to Balducci Vineyards and Montelle Winery, both nearby. I tasted a range of wines at both. My impression is that Seyval Blanc makes the most successful whites from the perspective of someone used to dry vinifera-based wines, and Norton (also known as Cynthiana) seems to make the best red wines. A couple of the port-style wines I tasted were quite good. I have to say that the wine we make in our backyard is better than anything I was able to taste, but I doubt I tasted the best Missouri has to offer. Montelle is in a beautiful setting with a large outdoor deck area to eat and drink wine on.

I started late on my way to Ohio and didn't arrive in the Cincinnati area until almost 2:00 in the morning and had a very hard time finding a hotel, the first time that has happened so far. The places listed in the hotel list on my GPS either weren't there or were scary-looking, so I headed back to Covington, thinking there would be something near the airport there. I was forced to have dinner at an overcrowded Denny's, although the turkey sandwich I ordered wasn't bad at all. I stayed in a Holiday Inn in Covington. I spent most of the morning working in the hotel business center before heading out again. I went down to see the Roebling Bridge, which the locals appear to call "The Suspension Bridge." I drove down to the water near the Kentucky-side tower and looked around a bit. There is a whole neighborhood of old brick buildings there. According to a plaque near the bridge, the area was heavily fortified during the Civil War and was a point at which Union forces held back an advance from the south.

Next I went to the Cincinnati Art Museum, which has a small but attractive collection. There were some beautiful portrait miniatures, a special show of Winogrand photographs, a contemporary glass exhibit that had some interesting examples, and, of course, the regular collection. The museum has a good Sargent. I saw the Art Museum in St. Louis, too. It was smaller than I remembered it, but I enjoyed seeing it again. They have a good Holbein (pictured). I last saw the place when it hosted a huge Monet show, in 1978, while I was at Webster College. I Stopped by Webster on my way out of St. Louis. The place has expanded a great deal, but the buildings I knew are all still there. I walked through Loretto Hall and Maria Hall. I waved to my old dorm room--although I couldn't remember what floor we lived on.... I strolled the halls on all four floors, to be sure.

Heading north, later in the day, after my visit to the Cincinnati Art Museum, I headed for Dayton, but was tired and, now in familiar territory for the first time on this trip, I decided on the spur of the moment to have dinner at The Golden Lamb, in Lebanon, as I was hungry. Turns out the rooms there are no more expensive than the cookie-cutter hotels I've been staying in, so I stayed at the Inn. I stayed in the Ulysses S. Grant room. I didn't realize so many famous people had stayed there, although I knew the inn was very old, dating from 1803. Harriet Beecher Stowe, Horace Mann, Charles Dickens, Henry Clay, and presidents such as Grant, Taft, Harrison, Harding, and others all stayed there, not to mention Ronald Reagan and George Bush, more recently.

Now having lunch in Yellow Springs, Ohio. It's hardly changed in the 25 years since I was last here. The rebellious mood is unchanged--first thing I saw driving into town was an anti-war protest. People still stand around in the streets discussing politics. It's amazing how many of the shops are still there, just as they were. One or two are new, and the Winds Cafe has expanded and moved across the street, but otherwise, little has changed. With my eyes closed I could have listed the stores along the main street.

Off now to visit my old haunt, the Outdoor Education Center, at Glen Helen.
Posted by Colin Talcroft at 10:06 AM