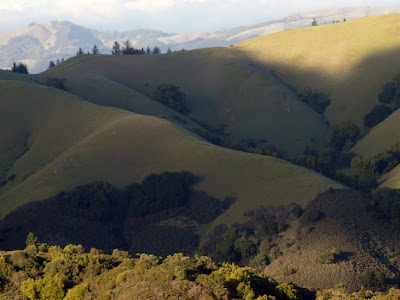 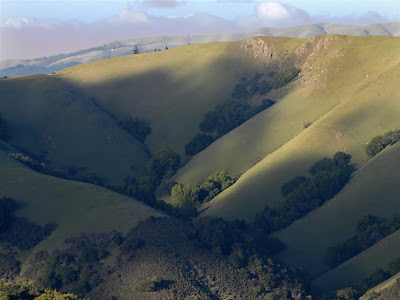 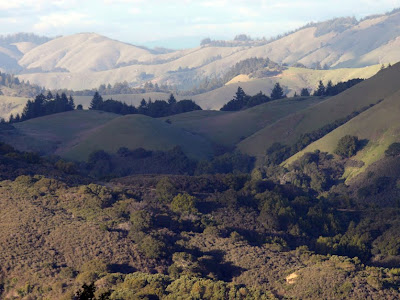 I took a walk today to Carson Falls in the hills above Fairfax, California, in Marin County. My father lived in Fairfax for fifteen years and I visited him there often but had no idea this place existed. From the top of the ridges there are grand vistas that take in much of San Francisco Bay, looking out toward San Quentin and the San Rafael-Richmond Bridge. The light was beautiful. It was nice just to be outside without getting rained on for a change. Access is by foot from a parking area off of Bolinas Rd.

Oh, if you're wondering about the falls, I had a very long lens on my camera (for birding). I wasn't able to photograph anything as close as the falls were, so I concentrated on the distant hills instead. As for birds, there were almost none--only a few Turkey Vultures, Crows, Ravens, California Towhees, Bushtits, and Scrub-jays.
Posted by Colin Talcroft at 10:59 PM